A seaside caravan park boss, who has been a long-standing supporter of tourism in the Great Yarmouth area, has been given a lifetime achievement award.

Don Peers has a half century of experience at the family-run tourer and static Grasmere site at Caister, started by his great great grandfather in 1850.

He has been involved since a child and on neighbouring sites has added a 12-chalet site and converted a town house into award-winning apartments.

Mr Peers, 67, who is also a Methodist lay preacher in the Great Yarmouth circuit, said he was thrilled to receive the honour at the climax of an awards ceremony held by the Greater Yarmouth Tourism and Business Improvement Area.

He won the prestigious title for his 20 years of commitment to promoting local tourism, where he has been a stalwart member of the Tourist Authority and the Business Improvement District (BID).

Two hundred nominees and guests attended the Town Hall ceremony celebrating the achievements of people and companies in tourism and, for the first time, the wider business sector.

The awards, now in their 20th year seek to recognise customer-focused businesses going the extra mile.

In a new format this year, the 60 finalists in eight categories were nominated though voting slips sent to 1300 GYTABIA members paying the levy, who then voted for a winner from the top three.

And GYTABIA chief executive Alan Carr said they included enhanced marketing campaigns through an boosted promotion pot of £300,000, as well as fireworks displays, maritime festivals, and potential for a 2017 air show – but they could only be affordable if all businesses put their hand in their pockets.

The BID is also supporting events such as UK Beach Volleyball and the National Schools Sailing Regatta heading to Gorleston this summer.

Private companies had also been making major investments in holiday, hotel, hospitality and attractions across the borough, where a wide range of business benefited from the tourism economy.

The new chairman of the GYTABIA is Gareth Brown, general manager at the Haven Holiday Park at Caister who said local tourism and business was so much stronger working together, adding the difference between try and triumph was a “bit of umph” which the BID provided.

Award winners, who received their accolades from Mayor of Great Yarmouth Shirley Weymouth, were:

Thirty grading achievement certifcates were also handed out to businesses in the tourism sector committed to raising standards through the national star ranking system.

Guest accommodation, B&Bs and guest houses:
The Haydee, The Maryland, The Weatherdene, The Hamilton, The Chateau, The Fjaerland, The Winchester, The Trotwood, The Kensington, Baron’s Court, Maluth Lodge, Kilbranna, Merivon. 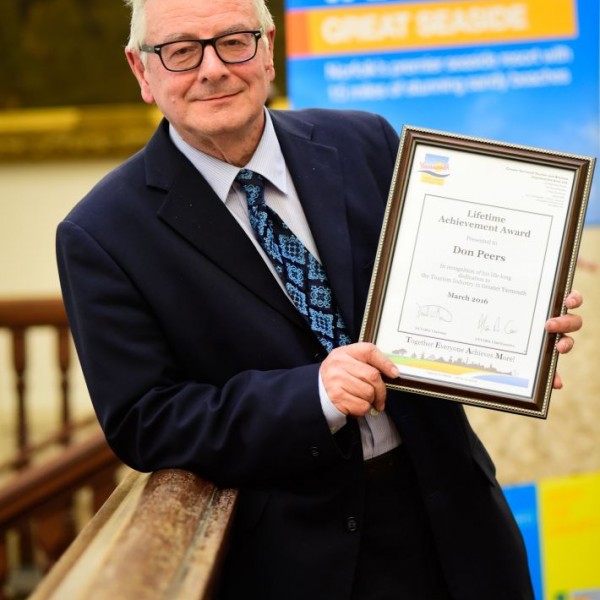 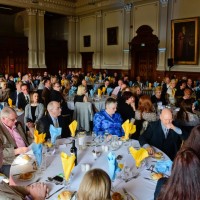