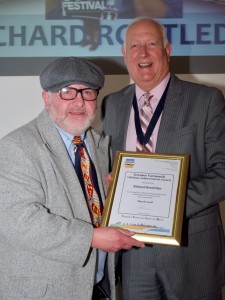 A DJ and music enthusiast known nationally for his fun and fundraising has won the top accolade in Great Yarmouth’s annual tourism and business awards.

Richard Routledge has been named as the business superstar for his lifetime achievement in the sector at the annual “Oscars” handed out by the tourism and business community.

He has played soul and funk music to crowds attending his Richard’s Parties at hotels, holiday parks and nightclubs across the region, and across the UK, between the 1980s and his finale last year. In a shift of tempo in recent years he also ran tea dances at hotels.

The awards are made by the Greater Yarmouth Tourism and Business Improvement Area, whose director David Marsh praised Mr Routledge for “making people happy over 35 years” while raising funds for charities including Breast Cancer, Barnados, and Eczema Research.

Mr Routledge was presented with his award at an awards ceremony in the Town Hall attended by nearly 200 guests on Wednesday March 21. 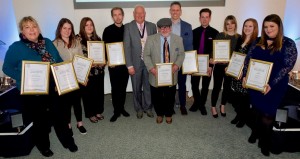 The rising star award went to Jack Button, who runs Jack’s Jetty Snacks on the Golden Mile, setting up the business after opting out of university.

There were double successes for the Sea Life Centre and Redwings horse sanctuary at Caldecott. The Sea Life Centre was co-winner of the investment category with Sentinel who have revamped the Phoenix Pool at Bradwell, and outright winner of the customer service award. Redwings triumphed in the working team category and the marketing award thanks to a sensitive promotional campaign after the death of a star adoption horse.

Allen’s Butchers at Hemsby, now being run by the fifth generation of the family, lifted the award for the best family-owned business.

Fusion hair salon in Gorleston won the community category for its work with clients suffering with hair loss from alopecia and cancer.

Awards were presented by the Deputy Mayor of Great Yarmouth Malcolm Bird.

Category winners (and other finalists):

2 Proud winners at the Great Yarmouth Tourism and Business Awards. 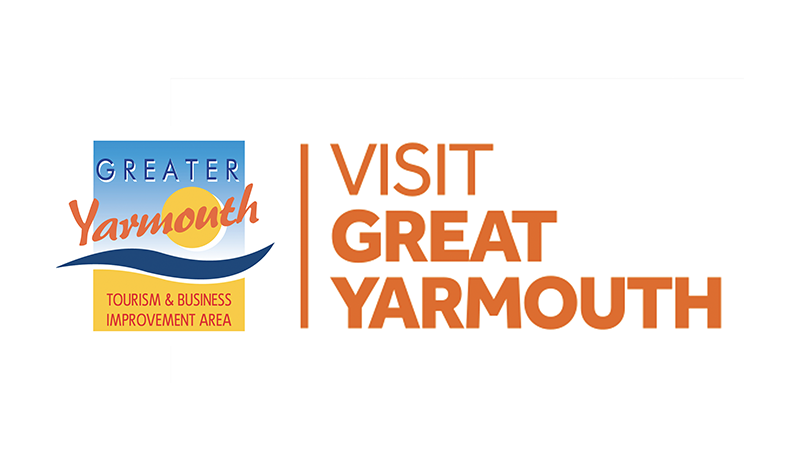