They are the white knuckle seafront rides that unleash a rollercoaster of emotions and memories across the generations.

But their timeless fairground fun is also playing a key role in the future of a leading UK holiday resort.

Great Yarmouth’s speedy smiling Snails have clicked, twisted and trundled through their jolly corner of the Joyland children’s funfair since it was opened in 1949.

Their brightly-painted smiles and shiny shells have been getting their winter facelift ready for the season ahead.

The colourful creatures have given countless wide-eyed children their first taste of the heady cocktail of fear and excitement that goes with a seafront funfair ride – even though they only plunge a few feet among cheery gnomes and colourful creatures.

A mile along the golden sands the wooden rollercoaster towering above the Pleasure Beach goes back even further, to 1932, when it moved lock stock and barrel from a Paris exhibition.

Its cars clank and climb 70ft into the sky and give a seagull’s eye view of the coast before plummeting at 45mph into the aromas of candyfloss and donuts at ground level .

Both are firm favourites of families as adults introduce youngsters to the fun of their own youth.

But they are also an important part of the modern-day mix at Great Yarmouth, helping to attract return visitors and first-timers alike.

And both venues are run by local families keen to invest in the town’s heritage and future.

Michael Cole, whose grandfather founded Joyland, said its enduring success was down to visitors enjoying the nostalgia of traditional seafront rides, which were freshened up with new additions.

Although the Snails were the signature ride, the Tyrolean Tubs were also unique – and a visiting group of historic funfair fans from America has pledged to help subsidise them if they ever have financial problems.

Mr Cole is “positive” about the way Greater Yarmouth tourism is going, with major investment in seafront streetscapes and lighting as well as events to attract extra visitors.

But there is also a lot of unseen, winter work going on to keep the popular retro rides in running order.

At Joyland – which is set to reopen for the season this weekend March 19 – as well as the Snail painting, metallic parts of rides are being galvanised against the bracing but corrosive seaside air.

All 28 rides, from the biggest rollercoaster to the little tea cup roundabouts, are stripped down while the tourists are away.

Painting and improvements are being carried out at the Fun House, waltzers, and monorail. And the log flume is undergoing its first major refurbishment since was installed in the 1980s.

At Easter a big wheel will return to the seafront for the first time since 2009 when Mr Jones installs the 108ft observation ride which was at the London 2012 Olympic Park. And a new Max Adventures superhero cartoon will be shown in 4D cinema with smoke, bubbles, smells and moving seats.

The key was to keep the traditional popular rides well-maintained while adding new attractions – all aimed a family audience.

He added: “We are not Alton Towers. Not everyone wants to hang upside down and be turned inside out. We are a free entry park and want rides more for the family. “

And he is also upbeat about the future of Yarmouth as it promotes special events – from arts to possible major airshow – and increases marketing to attract more visitors.

Mr Jones is also a member of the Greater Yarmouth Tourism and Business Improvement Area board seeking to raise the profile of the area. He said: “I am 100pc behind running events to bring more people to seafront which helps other businesses, not just attractions.”

If the airshow comes off it would be “fantastic and bring in a different audience.”

The retro rides are not the only trip back in time in the Greater Yarmouth area. It has a rich mixture of attractions charting local history from Roman ruins at Burgh Castle to the medieval Minister (the biggest parish church in England) dates from 1101 and former herring smoke houses have been turned into a pottery and a museum. Another museum and monument flags up the links with Norfolk’s seafaring hero Admiral Lord Nelson, and a restored drifter boat from the port’s herring fishing heydays is moored in the river port.

Rollercoaster
First ridden in 1929 as a Scenic Railway for the Colonial Exhibition in Paris, and moved to Great Yarmouth in 1932
Its trains, which can each take 30 people, is pulled up by a motor-driven chain
The rest of ride is all by gravity and controlled by a brakeman riding at the rear of the first car
The is 5,249ft long, and drops 50ft at top speed of 45mph
The main structure is timber, including about 700 upright posts, held together with 8000 bolts, and lit by 4600 light bulbs

Gallopers
The 1915 three-abreast gallopers from Savages of King’s Lynn has been at Pleasure Beach since 1954.
It can carry 60 riders on horses with lime and alder bodies, poplar legs and pine heads with cast iron ears
It was driven by steam, but now runs on electricity
The rods helping the horses gallop were made from waste-end boiler tubes from the old steam engine works.

Snails
One of the original rides from when Joyland opened in 1949 by engineer Horace Cole who family has run it ever since
Four of the current snails date back to that time.
They do about 4mph and faster down the mini roller coaster slopes

Tyrolean Tubs
The tubs are the only remaining Virginia Reel rollercoaster in the world – like ones seen at New York’s famous Coney Island in the early 1900s.
The American National Amusement Park Historical Association visited Joyland about 13 years ago and pledged to subsidise the ride if it ever became unprofitable. 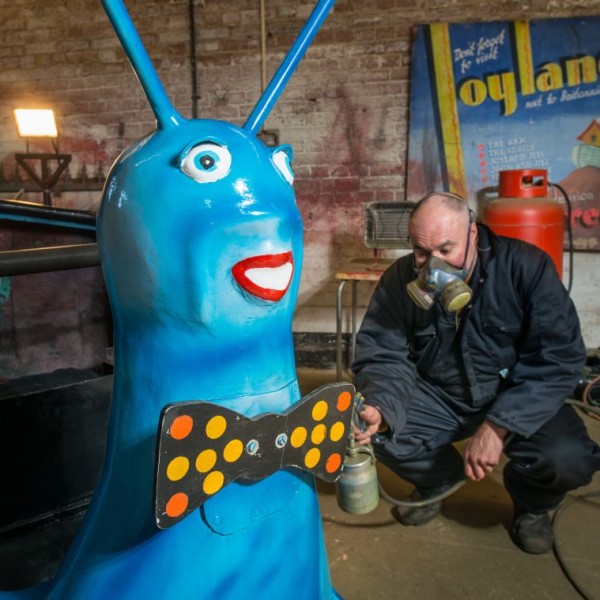 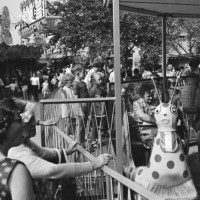 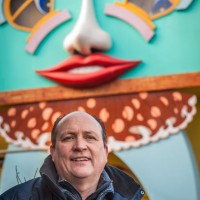 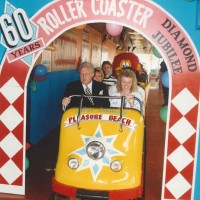